Pelham Goddard, the man behind this fortnightly special, has been responsible for some of the biggest soca hits of the last four decades. He has been the musical genie behind the late Maestro, Calypso Rose, SuperBlue, David Rudder and Chris “Tambu” Herbert.

Musician, arranger, producer, Goddard began his career at a very early age, since the days of the combos, graduating into the studio as the keyboardist for all the big name artistes of the era. He played everything, be it calypso or local pop ballads and was eventually also part of the creation of a new hybrid calypso genre, made by Lord Shorty, the late Ras Shorty I.

In 1975 a small group of musicians which comprised of drums, bass, guitar, saxophone and Goddard on keyboards formed a band and called it Sensational Roots. The band was based at KH studios in Sea Lots where it did most of the studio’s products on its label, on the Kalinda label. The quickly hailed as the country’s top studio band and was hired the do a project with the Wild Fire singing group, embarking on a whistlestop tour, traversing the entire nation, with star guests like Mavis John. Roots also worked with celebrated playwright Derek Walcott on one of his productions at The Little Carib Theatre in Woodbrook.

In 1976, when the studio upgraded to 16-track facility, New York-based Trini entrepreneur Rawlston “Charlie” Charles signed Goddard and Roots to record the calypso Savage with Maestro. The single was a mega hit. That year, Roots also was also a hit for Labour Day Carnival. After producing Kitchener’s Christmas hit Drink A Rum, Charles decided to sponsor Roots as a road band. Now known as Charlie’s Roots, the aggregation set about promoting the new wave sound of soca.

On Charles’ CR label, in 1977, Roots produced two songs for Maestro–Calypso Music and Play Me. The band also did More Tempo and Action Is Tight for Calypso Rose, and she won the Road March title, a first for Goddard.

After the Carnival ’77, Roots returned to New York and purchased all the instruments and equipment to start Charlie’s Roots, officially launched in July 1977. Ironically, simultaneously, on the same night of the launch, a new mas band was launched by a talented artist who would change the face of T&T mas forever–his name was Peter Minshall. Minshall and Charlie’s Roots remained joined at the hip for the next 15 years.

In 1978, Calypso Rose repeated the Road March with Goddard’s arrangement of Come Leh we Jam. What happened next was a slew of Road March victories for Goddard, producing hit after hit for Blue Boy (SuperBlue), Penguin, Rudder and Tambu. To this day no one has matched Goddard and Roots record of 12 Road Marches and most popular songs. Included among these hits are Soca Baptist, Rebecca, Ethel, No No We Aint going home, Free up, Bahia Girl, The Hammer, This party is it, Permission to mash up the place, and Bacchanal Lady.

In 1985, Goddard and Roots introduced Caribbean Night, on a Thursday night, at Atlantis Club in West Mall, later renamed Upper Level Club. This programme that grew into something very massive as the aggregation showcased all the music of the Caribbean.

The second coming Caribbean Night has quickly become a regular fixture at The Mas Camp. Blessed with a wealth of superb musicians, Goddard and Roots are guaranteed please crowds at any kind of event.

For the original report go to http://www.guardian.co.tt/entertainment/2013-06-05/roots-jam-3canal-caribbean-night 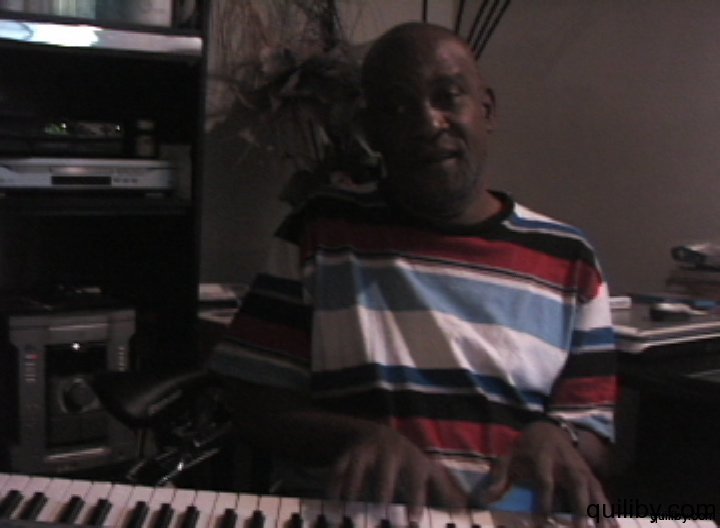