Calypso Rose, with Far from home, was crowned this evening “Album du monde” of the year at the 32nd Victoires de la musique at the Zénith in Paris, in front of Acid Arab’s Musique de France , and Né So by Rokia Traoré .

This is the first victory of the “Queen Calypso”, 76 years, who declared herself “Queen of France” for tonight recovering her reward.

The following article was written by Tony Hiller for World Music Central.org, and published on Sept. 2, 2001.

McArtha Linda Sandy-Lewis might never be immortalized in the global annals of female activism, but the feisty woman claiming that formal and somewhat long-winded moniker has certainly made an indelible mark on the history of Caribbean music. Back in 1978, Calypso Rose, as she is widely known, shattered the glass ceiling in Trinidad & Tobago when paradoxically becoming the first of her gender to win the coveted ‘Calypso King’ crown. Organizers of the annual championship were obliged to change the title to ‘Calypso Monarch’, and Rose went on to win the prestigious event for five consecutive years. In recent years, the Tobago-born singer has gone international with her trademark husky vocals, incisive wit and raunchy calypso and up-tempo soca songs.

Now 70 years of age, Calypso Rose revisited her trail-blazing days after being voted the No. 1 calypsonian of Trinidad & Tobago earlier this year. Speaking from New York City, where she has resided for the past three decades, this voluble, irrepressible woman, said: “The calypso scene has changed immensely over the years. It was mostly men back in the early days like Kitchener [Lord Kitchener], The Lion [Roaring Lion], The Sparrow [Mighty Sparrow], Atilla The Hun and Lord Irie. When I came into the arena in 1955, Lady Irie, the wife of Lord Irie, was the only female and she was a senior citizen at that time.”

Despite calypso being a male domain, Calypso Rose, a Baptist minister’s daughter, says she was received “very highly” by audiences in general, but not by church groups, who frowned upon her performing in that milieu. “They called me to meeting after meeting,” she recalls. “They wanted to know how come a young girl like me could be in the calypso tents, singing calypso between all the men. In 1963 I said: ‘Look, I will not be like the five foolish virgins that buried their talent in the soil’. I said: ‘The Lord has given me the ability to write calypso lyrics and create the melody and make the people happy and I will continue doing that until the day I die’, and I got up and I walked out of the room.” Whether by divine intervention or not, it’s a fact that Hurricane Flora devastated the islands of Tobago and Grenada soon after. “I wrote a calypso about the hurricane to sing in the tent in 1964. After every verse I sang ‘Abide With Me’.” After rendering a verse of said hymn down the line from Queens, Rose suggests that may have given her some purchase with the church elders.

As an idiom, calypso currently lives in the shadows but that wasn’t always the case. In 1969 Calypso Rose was on an equal footing with Bob Marley. The Caribbean artists performed together at a New Year’s Eve concert held in the ballroom of the Grand Concourse in New York’s Bronx. “The people went crazy,” Rose recalls. During its heyday in the late ‘50s, Harry Belafonte took calypso to the top of the pop charts with ‘The Banana Boat Song’ (aka ‘Day O’). Calypso Rose, who has written over 800 songs, herself had a major hit in the Caribbean with her signature number ‘Fire in Meh Wire’, which was subsequently recorded in nine different languages, and Bonnie Raitt did a cover version of her ‘Wah She Go Do’. “I was in San Francisco one year performing and she came on stage and sung it with me,” she says. Rose has rubbed shoulders with some of the biggest names in show business. In 1978 she did a gig with the late Michael Jackson. In Europe she says she has performed to audiences of up to 10,000. Back home, where she’s regarded as a living legend, Rose is a fixture during the annual carnival season in Trinidad & Tobago, playing for many thousands of revellers. 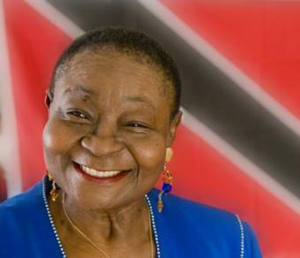 Rooted in social and political commentary, calypso is a music form that puts more emphasis on lyrics than almost any other idiom, and is invariably peppered with patois. Rose has written her share of risqué numbers over the years, but only one overtly political song, ‘The Boat Is Rocking’, which she penned leading up to a crucial local election. One of the songs she’s most proud of, ‘No, Madame’, she wrote when Trinidad & Tobago domestics were working for a paltry $25 a month. “Soon after that song was released, the government voted that no domestic should work for less than $1200 a month.” Rose says that you could sing just about anything in the calypso tents, but the more controversial songs wouldn’t be played on the radio.

She points out that calypso has changed considerably in style over the years and that these days soca, a faster, more dance-orientated variant which places less emphasis on the lyrics, holds sway. “It’s gone from the minor calypso to the four-verse calypso, from the four-line calypso to the eight-line calypso. With the four-verse calypso you’re getting more rhythm. The structure of the bass has been changed and the drumming has been changed too. It’s vastly different now, and I think that is the reason why the Mighty Sparrow and myself are still on the road working because we do soca, although we also do the old-style calypso.”

It was calypso that enabled a 13-year-old McArtha Lewis to overcome a debilitating stammer. “I’ve come a very long way,” she reflects. “I couldn’t speak without stuttering badly back then.” Calypso Rose will forever be proud of the fact that she opened the doors to let other females enter the long-time male preserve of calypso. As she observes: “There are a lot of female calypsonians around these days, not only in Trinidad & Tobago but the whole of the Caribbean and even beyond.” 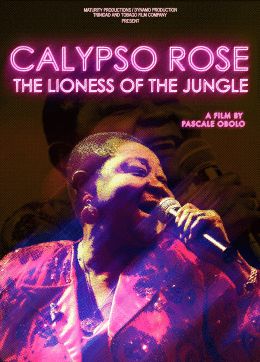