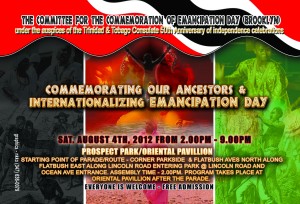 This event would be on August 4th, 2012 at Prospect Park, Oriental Pavilion, Brooklyn New York.

Start time is 2:00pm, with a short parade beginning at the corner of Parkside and Flatbush Aves., and entering the park at Lincoln Road and Ocean Ave.  There would be a spiritual and cultural component to the event.

No matter where you are from, whether it is the Caribbean Islands, North or South America, bring your country’s Flag and make this a family day.

Emancipation of the slaves is the Ancestors and our business.

Thanks to the the Committee for the Commemoration of Emancipation Day for the information.

Mr. Winston Munroe gives an overview of the Sesame Flyers International organization, its activities, the services it provides, and its overall impact within the Caribbean community in Brooklyn, New York.

The following report was written by Saxon Baird and published on The Official Blog of Afropop Worldwide on Sept. 6th 2001. 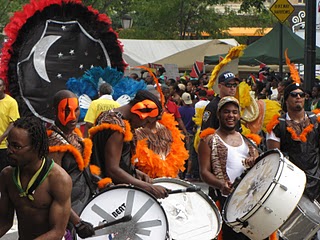 While the rest of America was enjoying an extra day off with barbecues and baseball, Brooklyn was celebrating its Caribbean population with the 44th Annual West Indian-American Day Carnival Parade. The event is the biggest Carnival parade in North America and featured its usual, colorful array of floats stacked with speakers blaring the best in soca and new calypso, sparking carnival costumes and thousands of flags representing every country of the West Indies. Even Mayor Bloomberg and the “Rent is Too Damn High” pseudo-celebrity Jimmy McMillan made an appearance.

Roaring down Eastern Parkway, a boulevard that splits Crown Heights, Prospect Heights and parts of Brownsville and Bed-Stuy; over a million people had flocked to the parade by noon sporting colors, shirts and face-paint of showcasing their country of origin. Hundreds of Caribbean barbecue restaurants set up tents and grills in between tables of trinkets ranging with bracelets with the colors of countries flags to handmade art and t-shirts.

While the parade took place on Monday, the festivities really started on Friday with concerts at the Brooklyn Museum with such celebrated acts as Benjai, the Mighty Sparrow and David Rudder. On Saturday, a smaller children’s parade took place in Crown Heights while J’ouvert begin late on Sunday and marched throughout Brooklyn until sunrise as it traditionally does each year.

The origins of the parade go back to a 1947 Carnival Parade that took place in Harlem along 110th and 7th. In 1965, the carnival relocated to Crown Heights where it has existed and taken place each year since. 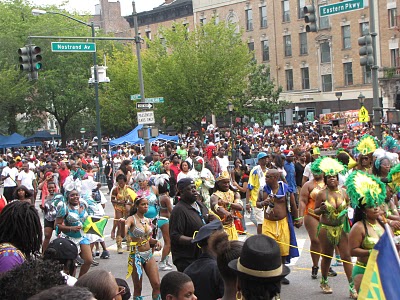 Unfortunately, the Labor Day festivities this weekend were slightly overshadowed by a sudden, and unexplainable outbreak of shootings. By Monday, over 39 people had been shot across New York City since Saturday. Despite just a few, minor incidences at the parade, the general vibe throughout was positive and jovial with people there looking to simply celebrate the end of summer with great music, food and dancing while refusing to let the few ruin this long held tradition for the many. 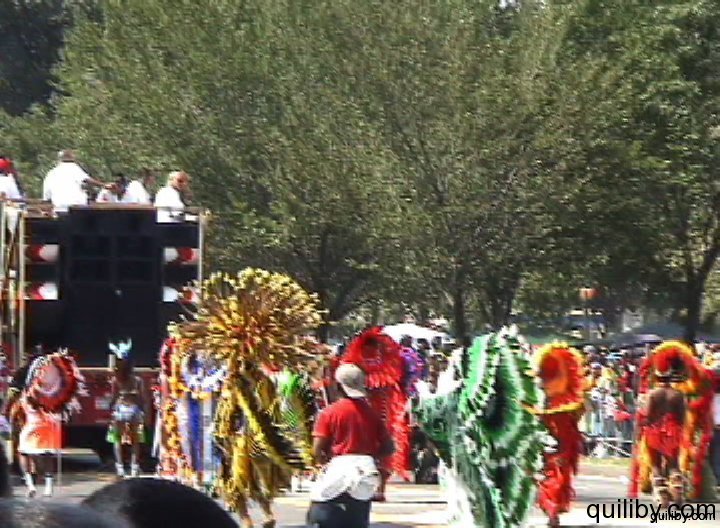